When I started college, I had no idea that one of the most enriching experiences I would have would be one in which I would be yelled at and threatened with physical harm on a near-constant basis. I was completely unprepared for this. My capacity for diplomacy was put to the test like never before during the time that I spent working as a political intern for Katie Stuart, who was running for a seat in the Illinois House of Representatives this past year. When my neighbors found out that I was canvassing their neighborhood for the election, they became upset and protective. They shouted at me that I was wasting their time and even threatened to attack me if I continued to do it. I didn’t have to think about it for very long before I understood that canvassing would be difficult, and that it would place a burden on my ability to interact with people. My purpose was to connect with those folks, even though they didn’t want to hear it, and it didn’t stop me from pursuing that goal. I discovered that individuals were more receptive to having a fruitful conversation with me once I done two very straightforward things.

To begin, I wanted to reassure them that I wasn’t there to discredit or belittle their feelings in any way, and that was my main goal in coming to visit. After that, people were more willing to talk to me because they perceived that the tension had been alleviated. Instead of preaching at people, I discovered that it was more successful to equip them with the resources they needed to conduct their own research. It was easier for me to connect with and persuade people who would have otherwise disregarded me if I had empowered them rather than argued with them or argued with them. I empowered them rather than argued with them.
My time spent overseas, during which I socialized with people from all over the world, served as excellent preparation for the internship that I later participated in. For instance, I was given the opportunity to take part in a service learning course focused on Jamaica during the spring of 2014. We spent the majority of the semester learning about the politics, history, and culture of Jamaica. At the end of the semester, we took a trip to the island to put what we’d learned into practice. When I first got to Jamaica, one of my goals was to learn as much as I could about the local culture and offer assistance to people who were struggling. We were able to build a house for a family, give electricity and much-needed upgrades for a school, and deliver educational equipment to a large number of additional schools in the area thanks to the money that we gathered for the trip through fundraising efforts.

During our volunteer trip, I gained a better understanding of the challenges faced by people living in impoverished countries and how even modest contributions may have a significant impact. Due to the fact that it was such an eye-opening experience, I have made the decision to travel back in the spring in order to continue the job that we began there two years ago.
Since I was in high school, when I took my first class on globalization, served as a leader in MUN, and pursued an international relations major in college, I’ve always wanted to have a career that involves interacting with people from different cultures and countries. My curiosity about the essential work that Foreign Service Officers do to advance world peace, economic prosperity, and American interests rose with each passing year. This piqued my attention more and more as the years went by. In light of the fact that the majority of my family has followed in their footsteps by serving in the military, I have made the decision to enter the Foreign Service in order to serve my country in the same way that my great-grandfather, who was an immigrant from Mexico, served his country. As a Political or Public Diplomacy Officer, I would have the opportunity to continue my academic interest in international relations while simultaneously serving my country’s interests. This would be a win-win situation.

My undergraduate studies provided me with a strong foundation in international politics; nevertheless, graduate studies will help me acquire the skills and competence necessary to better grasp both the history of the United States and international events. The University of San Diego, Syracuse University, Seton Hall University, and American University stand out to me as particularly noteworthy institutions due to the fact that they provide the kind of hands-on training that is essential for a career in the Foreign Service. Despite the fact that I intend to submit applications to a number of different colleges, these four in particular stand out to me as particularly noteworthy institutions. My undergraduate education, which was partially funded by a Pell Grant, was made possible thanks to the financial help provided by grants, scholarships, and fellowships; similarly, my graduate education will only be possible thanks to the same kind of support. If I were to receive a scholarship from the Pickering Fellowship, I would be able to pursue both my educational and professional aspirations in the field of international relations. 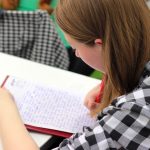 How to write a CV