A part of me feels surprised to be writing this essay and thinking so far ahead ten years from now. I am a meticulous planner and list-maker with the goal of becoming a physician like my father before me. My plans were derailed when I was called to active duty and sent to Iraq as part of the War on Terror.

I enlisted in the National Guard before I even finished high school, and I’ve stayed in it even though I’m now a full-time student. Since I was already working in emergency health care, I wanted to advance my career prospects by acquiring skills that would help me in my chosen field. Plus, I was able to use the money toward my university tuition. I had to drop out of school when I was originally called to active duty in Iraq, and my time there has since been extended. For a total of 24 months, I was deployed overseas to serve as a doctor for our armed forces. This experience set me behind more than two years in college, but it was worth it because it prepared me for a career in medicine and helped me develop leadership and creative thinking skills. As a result, my carefully laid plans to pursue a career in medicine were thwarted. Ten-year plans are helpful, but I’ve seen firsthand how easily they can be derailed by things outside of one’s control, which is why I’ve come to appreciate the value of perseverance and flexibility even more.

Eventually, I went back to school. The severe post-traumatic stress disorder I had while serving in Iraq meant that it took me an extra three years to finish school, despite my best efforts to do so in two. Considering that I had fallen many years behind my classmates in biology and chemistry classes due to my deployment, I seriously considered giving up on my dream of becoming a doctor. My academic counselor’s consistent encouragement—she kept in touch with me even when I was studying abroad—helped me gather my nerves and start MCAT prep. Despite being several years behind my original ten-year plan, I am now applying to Brown University’s School of Medicine because my score unexpectedly exceeded expectations.

I might lay out my revised 10-year strategy, but I’ll do it with a healthy dose of realism, knowing full well that I’ll have to make adjustments as necessary due to unavoidable challenges. As a former member of the National Guard and someone who has served during times of war, I can attest to the incredible creativity with which military medical personnel treat our injured fighters on the ground. I was part of a team that performed lifesaving work in extremely dangerous situations, often while taking heavy fire and with few resources at our disposal. Now I’m wondering whether and how I could use my skills to help people get medical attention in places where there is a lack of standard medical facilities. While the rural Wyoming town I am currently serving as a volunteer first responder in is nowhere like the urban sprawl of Fallujah, I can see many parallels to the National Guard skills I honed there. It was my father’s experience with Doctors Without Borders that taught me how transferable my military training is to the post-conflict recovery process. As I start my path through medical school, I believe I have invaluable experiences to draw from that will serve me well both nationally and internationally.

I hope to have completed my training in emergency medicine within the next decade. Emergency physicians are startlingly hard to come by in the United States when compared to other developed countries. With the goal of providing comprehensive policy reports and recommendations on how the United States can reclaim its position as the global leader in health outcomes, I plan to conduct research in the field of health care infrastructure and collaborate with government agencies and legislators to find innovative solutions for improving access to emergency facilities in currently underserved areas of the United States. Although the problems with our health care system are multifaceted and need for a flexible response, one solution I can imagine is to put more emphasis on primary care and less on high-tech hospitals. Most of the care I provide in my capacity as a first responder and volunteer is both very efficient and quite cheap. More money is usually helpful when dealing with a complicated social and political issue, but we need to think beyond just raising taxes. In ten years, I see myself becoming a key figure in the national health care discussion, offering innovative ideas for expanding access to affordable, high-quality health care for all Americans, especially those living in rural areas and those with low incomes.

Obviously, my passion for helping others and delivering emergency medical care supersedes my interest in policy. It is my sincere desire to continue my career as a doctor serving people in areas of the country that, for whatever reason, lack access to adequate medical care. A future goal of mine is to use all I’ve learned and accomplished to help others in need as a Peace Corps or Doctors Without Borders volunteer.

In conclusion, I think doctors have several responsibilities beyond merely treating patients: they must serve as leaders, innovators, social scientists, and patriots, among other things. Because of the circuitous route I took to get to medical school, I have acquired knowledge and experience that many other applicants lack. I believe the next decade will be just as unpredictable, but I can promise you that no matter what happens, my goal will remain the same. I plan on staying at Brown University to get my degree. I value your time and attention. 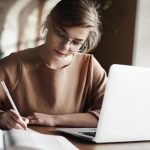 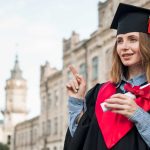 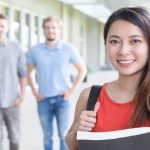