In spite of the fact that I married at the age of 19, my college degree was one of the greatest successes of my life despite my early adulthood pointing in the opposite direction. As a “working poor” in the 1990s, I was able to live in a society that was once considered to be one of the most prosperous in history. A divorced single mother of two at the age of 25, I found myself working in low-paying positions as a clerk and receptionist, as well as a housecleaner. Scrubbing someone else’s toilet is a great way to motivate yourself to go to school. In order to complete my degree while working full-time at a retail warehouse, I was able to secure a position with a flexible schedule.

When I began attending the local community college, a new world opened up to me; I thrived academically as a result. I realized that if I worked hard enough, I could succeed; if I wanted something strongly enough, I had the potential to take advantage of these chances. For five years, I worked a minimum 35-hour workweek to pay for my education without taking out a student loan. When I earned enough money, I paid for all of my schooling up front. As a Puerto Rican immigrant, my mother instilled in me a strong work ethic, which has served me well throughout my life.

A lifelong interest in history has led me to study the cultural history of early modern and contemporary Europe, particularly the history of females. I am fascinated by the experiences of ordinary women: how they form their world through popular folk tales and literature; how the seemingly irrational paradoxes of the past to modern eyes are completely rational when taken within the historical context; and finally, how these historical changes and transformations in culture constitute the present.. Because of the conflicts that existed between medieval ideologies and emerging Enlightenment intellectualism during the early modern period of English history, I particularly love researching the Tudor-Stuart period. Diverse factors have shaped my worldview. For the beauty of her writing rather than for its historical veracity, Barbara Tuchman is a popular historian I enjoy reading. Her study inspires me in the way that she cleverly draws out new life from old ones. Last but not least, studying Michel Foucault’s philosophy has helped me become more aware of my own biases, which has had a significant impact on the way I write. This project on Elizabeth Cellier, a 17th-century midwife, has been greatly influenced by Foucault’s poststructuralist matrices. I’m using Cellier as a case study to reexamine the present histories of English midwifery, and I’ve discovered a clear bias in them. Pre-industrial professional women, including Cellier, are assumed to have struggled against patriarchy and oppression at the hands of the male medical community. However, Cellier’s writings demonstrate that she used the patriarchal discourses already available to her and turned them into useful political and religious power tools in the process.

My success as a student, I believe, is due to my professional approach to academics (historian, not student, that is). I made it a point to take the most difficult classes and to work with instructors who I believed were the most knowledgeable about the topics that interested me. Never once did I accept a grade of A- or B+ as satisfactory. If I were to receive one, I would politely inquire as to how I may better, and in the end, I would put the suggestion to good use. When I was finishing off a research seminar on historical methodologies, I reached a personal academic milestone. Dr. Julie Worth, the director of the [school withheld] history department, taught this mandatory course, therefore our study topics were restricted to American sources. I was able to use primary sources from The New York Times while still staying within the scope of my major area of interest: marginalized women. According to “Biologically Unsound: Women, Murder & Insanity Plea in the Progressive Era,” women who strayed from their “innate nature” and committed murder were frequently prosecuted using the insanity plea. This work was accepted for publication in the Phi Alpha Theta journal, The Historian, despite the fact that the subject matter was outside of my area of expertise, European history.

Grad school and a career as a historian have always been at the forefront of my undergraduate studies. I’m presently taking an accelerated French course in preparation for graduate school because I know how difficult it can be to learn a new language. My involvement in the historical honor society Phi Alpha Theta extends to acting as the chapter president and other leadership positions. We hosted the largest regional conference in the nation’s history, the Phi Alpha Theta Regional Conference, during my time on the board. Created conference sessions with aid from faculty advisor Dr. Judith Gaillard and selected acceptable student commentators for those sessions. Gaillard also helped me deliver a keynote address. Organizational and mediation skills were honed during the experience. Our chapter also produced its first journal and held a number of campus events under my leadership. This year I am working with the Computer Society in order to establish a Web site for students who need help succeeding in history courses; we are going to call it the Clio home page. A desire to educate has been ignited by my position as an authority figure in the classroom and in these other organizations.

As a result, I find it rewarding to share the joy of learning with my friends and help them reach their academic goals. Please consider me for Cornell’s PhD program in History because I believe my life experiences and educational devotion would be a benefit. Cornell’s multidisciplinary curriculum is a standout feature of the university. Dr. Rayna Wilhelm’s expertise in Tudor-Stuart social and cultural history complements my own interest in understanding the lives of English preindustrial women. This combination will provide me the strong foundation I need to determine my research interests in the future. Cornell, in my opinion, is a renowned university for aspiring Ph.D. candidates, and its program is therefore extremely competitive. In spite of this, though, I am confident that I am capable of succeeding in such a fascinating and challenging setting. 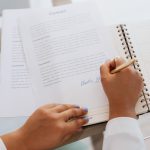 How to Rewrite Admission Essay Papers