My parents are aerospace engineers, and while they acknowledge the important role their work plays in advancing human understanding, they are very humble about it. When it comes to conveying a statement, they believe that actions convey meaning more effectively than words do. This is how it should be done, so I was told. This is what I believed up until the middle of my second year of college, when I was placed in a situation in which I merely could not hold my tongue any more.

I’m living in a tranquil small rural village that’s virtually totally white, with only a few people of South Asian descent here and there. I’m a long way from the rush and bustle of a major city. My high school was very homogenous when compared to schools of today’s standards. It was common knowledge that a number of the students attending the school were the offspring of skinheads. My Muslim best friend was tormented by another kid, who refused to sit with her at lunch because of her faith, and the following day, she would not stand for the pledge of allegiance in homeroom. I feel terrible for her.

After she was terminated for her disobedience, I called her, and she advised me to put aside my feelings and assist other people instead of dwelling on my own misfortune. Because of this, I felt like a terrible person. She made a decision that I had no interest in looking into further whatsoever. I apologized for the inconvenience and inquired about the best way for me to assist her. She explained that she couldn’t succeed in an environment that fostered uniformity and that all I needed to do was pay attention and show that I understood what she was saying to me. She shared things with me in a degree of candor that I had never experienced previously in any other person. By the time our conversation was through, I had developed a deep sense of regret. She continued by saying that the only thing she requested of me was that I advocate for her.

This contradicted all that my mother and father had ever instilled in me. At first, I found myself in an internal struggle, questioning whether or not I was making a mistake by letting this knowledge be known to others. My friend, on the other hand, was forced to deal with a difficult truth, while I was able to dodge it. Taking a stand might also assist my organization and its members become a more accepting environment for all of its members and the people it serves. This would be a benefit to those who are served by the organization. It was not impossible that there was a means to effect change and take a stance against something.

I filed a petition to have my friend’s suspension restored and for the school to take disciplinary action against the student who made the racist comment in the first place with her friend’s support. Surpassing my expectations by a significant margin, over 200 of the 1,000 students at my high school signed the petition. My good friend told me that I would always have supporters no matter the outcome of the situation and offered his congratulations to me. Utilize the power and influence you have for good.

Since then, I’ve made it a point to be mindful of the fact that not everyone experiences the same levels of comfort in a variety of environments as I do, and I do my best to be sensitive of those who don’t. Instead of assuming that everyone is at ease and secure, it is preferable to make space to listen and question about ways in which you may provide support. My friend and I have created a group with the goal of breaking down cultural barriers via increased understanding and camaraderie. Within the past year, two other adjacent schools have seen the formation of organizations very identical to their own. Above all things, I am thrilled with how much I have developed as a friend and as a member of the community. Both of these roles are crucial manifestations of who I am and what I am worth, and I have become better at both. 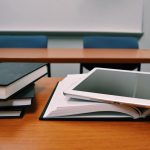